Discrimination among personnel will lower their morale, says Bench

In a judgement that has implications for thousands of officers from the Central Armed Police Forces (CAPFs), the Delhi High Court on Thursday struck down rules that prescribed different retirement ages for different ranks and directed the Central government to fix a uniform age of superannuation for all ranks.The CAPFs include forces such as the Assam Rifles (AR), Border Security Force(BSF), Central Industrial Security Force (CISF), Central Reserve Police Force(CRPF), Indo-Tibetan Border Police (ITBP), National Security Guard (NSG) and Sashastra Seema Bal (SSB). 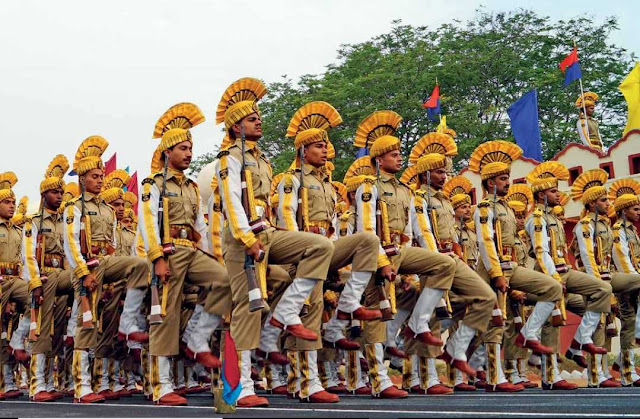 At present, the retirement age of officers of the rank of Commandant and below in CAPFs, earlier known as paramilitary forces, is fixed at 57 years while officers of the rank of Deputy Inspector General and above retire on attaining the age of 60 years. Incidentally, retirement ages are different for different ranks as well as for various branches in the defence forces also and certain contentions on this issue are pending for judicial adjudication.The age of superannuation in the CAPFs has been a bone of contention for many years now. Among the CAPFs, differential treatment is given to those belonging to the AR, CISF, where all members in all ranks retire at the age of 60.But, in the BSF, CRPF and ITBP two classes have been created where officers above the rank of Commandant retire at the age of 60 and all other ranks retire at the age of 57.A batch of petitions was filed before the High Court concerning the age of retirement.Out of which eight petitions pertain to members of the CRPF, 10 to members of the ITBP and one in the BSF.The prayer in the present petitions is that the retirement age should be enhanced to 60 to be at par with the officers above the rank of Commandant.Disposing of a bunch of petitions, a division bench comprising Justice S Muralidhar and Sanjeev Narula directed the Ministry of Home Affairs to take all consequential steps within four months to take a decision on the retirement age, which will uniform for all members of the CAPFs irrespective of their rank thus bringing all of them at par and fix the date from which such changed retirement age will take effect. The bench observed that the relevant rules prescribing a retirement age of 57 years for members of the rank of Commandant and below in the Indo-Tibetan Border Police Force (ITBP), Border Security Force (BSF) and the Central Reserve Police Force (CRPF) as against 60 years for officers in those very CAPFs of the rank above that of Commandant were discriminatory and violative of Articles 14 and 16 of the Constitution.The Bench observed that the retirement age for all officers in the Assam Rifles and Central Industrial Security Force, which are part of CAPFs, is already 60 years.Further, the Seventh Pay Commission and each of the CAPFs themselves had already opined that discrimination in the matter of retirement age must be done away with.Although 19 officers from the ITBP, BSF and CRPF had filed petitions challenging the rules, the bench directed that its orders will be implemented across the board for all members of the CAPFs without the respondents insisting on each of them approaching the court for identical relief. Further, the judgement will also apply to members of other CAPFs like the Seema Shashtra Bal if they are identically placed as the petitioners.Observing that most of the petitioners have since retired, the bench clarified that the judgment will not have the effect of reinstatement of the petitioners. In view of the principle of no work, no pay, it will also not have the effect of their being entitled to any arrears of pay for any further period beyond their retirement. However, for the purpose of calculation of retirement benefits, including pension and gratuity, the differential period in the event of enhancement of the retirement age will be added to the period of service actually rendered by each of them.“Their morale definitely needs to be preserved,” the court said, striking down various Rules creating differential ages of a retirement of members of the concerned CAPFs as discriminatory, violative of the Constitution.The court directed the Home Ministry to implement its decision to fix a uniform age of retirement of members of the CAPFs irrespective of their rank, within a period of four months in consultation with the CAPFs.